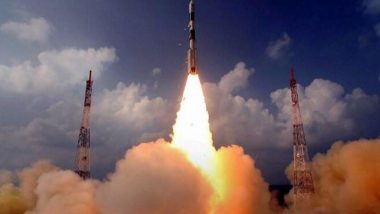 New Delhi: China, which has given the earth a coronavirus-like disease, has given birth to another crisis in its craze to be the king of space. China’s 21-ton rocket Long March 5B rocket has gone out of control in space and is coming out of the earth very fast without being uncontrolled. The rocket weighs 21,000 kg and is expected to land anywhere in the world. At the same time, scientists fear that the rocket could land anywhere in the world, causing widespread destruction. Chinese President Xi Jinping has written a letter to Prime Minister Modi asking for help in tackling the Corona epidemic.

The speed of this rocket is 4 miles per second. China is acting crazy in its craze to be the king of space and now it is becoming a big threat to the security of the world. The United States has begun looking into rocketing out of control of Beijing. A report says the Pentagon is looking for unregulated Chinese rockets. U.S. Defense Department spokesman Mike Howard said China’s Long March 5B rocket is expected to enter Earth’s atmosphere around the 8th. He said the US space command was trying to track the rocket to avoid any danger.

Bai Linhao, deputy chief designer at the China Academy of Space Technology (CAST) space, told state-run Xinhua that the Tianhu module would serve as the center of operation and control of the space station Tiangang and would be built simultaneously to accommodate three spacecraft.

He said that the Tianhe module has a length of 16.6 meters, a diameter of 4.2 meters and a weight of 22.5 tons and is the largest spacecraft built in China.

He said the space center would be shaped like the English letter ‘T’ with the main module in the middle and would have capsules used as labs on both sides. Each module will weigh 20 tons and when it reaches the astronaut and luggage space station, it can reach 100 tons.

The space station is being placed in low Earth orbit at an altitude of 340 to 450 km and will be operational for 10 years. However experts believe that with proper maintenance and repair it can work up to 15 years.