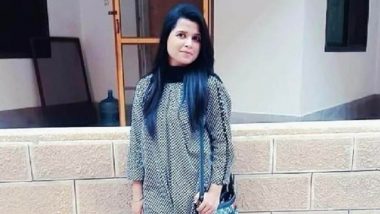 Islamabad: For the first time in neighboring Pakistan, a Hindu girl stood on her feet. For the first time in Pakistan, a Hindu girl has become an assistant commissioner. His name is Sana Ramchand. To achieve this position they had to pass Central Higher Service (CSS). He was later elected to the Pakistan Administrative Service (PAS). This is the biggest administrative test in Pakistan. Sana is also an MBBS doctor by profession. Sana says she is very happy with the success. He is sure that he will succeed. Pakistan: Foreign Minister Shah Mehmood Qureshi extends condolences to Indian people affected by Kovid-19

Sana Ramchand said in an interview that she has been accustomed to success since childhood. He said that he was always ahead in his studies. He also topped the FCPS exam. Sana was sure that she would pass the CSS exam. 16,5553 candidates took part in this written test. Of these, 221 have passed. Sana Ramchand is the first Hindu woman to be selected in the pass after CSS examination. Sana did her MBBS from Chandka Medical College in Sindh province and completed a house work in Civil Hospital Karachi.

Sana Ramchand said he made the preparations without any help. Sana, a Karachi resident, said she only took coaching assistance for the interview. There is an atmosphere of joy in the whole family from their success. On the other hand, he is also being highly praised in the Hindu community. This performance of Sana Ramchand is going viral on social media. People are also praising him on social media. A total of 799 students have passed this examination, who will be recruited in different departments.