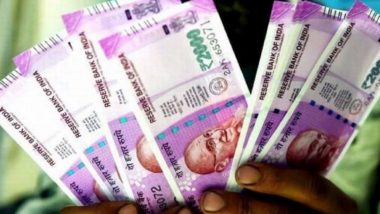 7th CPC News: Even after a long wait, millions of central government employees are getting great news. According to the report, under the Seventh Pay Commission, the central government is going to increase the value added allowance (DA) of its employees from July 20, 2021. The government is expected to increase the inflation allowance from 17 per cent to 28 per cent. If this happens, the salaries of central employees will increase. Seventh Pay Commission: Good news for central employees, government has made major changes in pension rules

Although DA increase is related to TA. Once the DA is declared, the TA increases on the same basis. The decision is made after calculating the monthly CTC of all the allowances of a central employee.

From July 1, more than 50 lakh permanent central government employees and 5 lakh pensioners across the country will get the benefit of DA increase. In addition, EPF and gratuity will also increase. EPF (Employee Provident Fund) is 12 per cent of the basic salary and allowance of the employee.