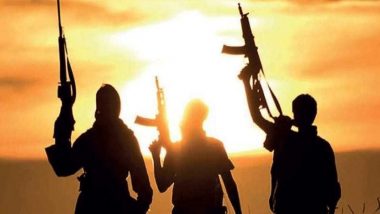 Dhaka Dhaka: Bangladesh police have found crores of rupees in transactions and grants from the bank account of Mamunul Haque, the leader of the arrested terrorist organization Hefazat-e-Islam. Officials said Monday that such funds were used to finance terrorism. Bangladesh: Dhaka fire kills women and security workers, injures 17

Hefazat collected large sums of money from most expatriates, in the name of helping Rohingya refugees, for the development of madrassas and the welfare of their students, as well as its own funds. Police officials told IANS that most of the money was spent on terrorism and Mamunul’s personal work.

Mahbub Alam, joint commissioner of the Dhaka Metropolitan Police of the intelligence branch, said law enforcement found flaws in the use of the funds. There was also discrimination in the transactions of Monir Hussain Kashmir, former finance secretary of Hefazat. Alam said, “The police agency will file a complaint in the court very soon. Everyone is under investigation, but we have not been able to identify this amount yet.”

Mamunul, who was arrested on April 18 from Jamia Rahmania Arab Madrasa in the capital Mohammadpur in connection with the violence that erupted during two visits by Indian Prime Minister Narendra Modi in March and several previous cases across the country, admitted that he had links to a Pakistani terrorist group and the Taliban. Sheikh Hasina was trying to overthrow the government.

Mamunul had links with a radical organization in Pakistan. He went to Pakistan in 2005 and stayed there for 40 days. He received militancy training from the organization. He returned to the country with a radical ideology and carried out violent activities in our country. He also conspired to overthrow the government. A police official said Mamunul had joined a Pakistan-based terrorist organization with the help of his brother-in-law Niyamat Ullah.

Police said Mamunul, who is known for his hate speech among Islamic fundamentalists and his violent advice on religious gatherings and social media, used Hefazat to gain political advantage by using Qawmi madrassa students, a breeding ground for terrorists.