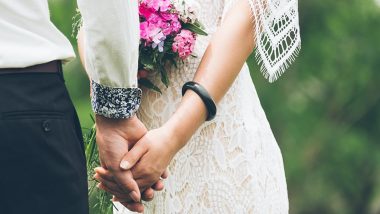 Jajpur, May 24: A female officer of the Orissa Administrative Service (OAS) has been seen dancing to spread the corona virus in her brother’s procession in violation of the lockdown rules enforced in the state. “The female tehsildar is on leave,” Jajpur District Magistrate Chakraborty Singh Rathore said on social media after a video of the female officer dancing in the procession was released. When he arrives on duty, he will be asked for clarification on the matter. Further action will be taken on the basis of his explanation.

The district magistrate said no one should violate the Covid-19 protocol, “be it officers or ordinary people.” The female officer is Sukind’s tehsildar. The state government has banned the procession and only 25 people can attend the wedding. In such a situation, a video of a female officer has been released, in which she is seen dancing without wearing a mask in the procession and following social distance. This female officer was entrusted with the responsibility of implementing the guidelines of Covid-19.

Also read- Country News. The low pressure area could turn into a cyclone; Bengal will cross Orissa on 26th May

We can’t talk to any female officer about this. He went to Jagannathpur village in Jagatsinghpur district on May 21 to attend his brother’s wedding. The procession was taken at night in violation of the instructions regarding Covid-19. Earlier last month, a video went viral on social media, showing four policemen from Panjkili police station, including a female housekeeper from Jajpur district, dancing to Oriya songs in uniform. The Assistant Sub-Inspector of Pankkili Police Station has been sacked after the release of the video.