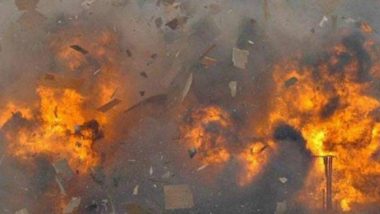 Kabul, May 29: At least 14 militants have been killed and others wounded in a Taliban airstrike in Afghanistan’s Logar province. A Taliban hideout was targeted in the Jarghan town area of ​​Mohammad Agha district on Friday, killing 14 militants and wounding others, Xinhua news agency reported.

A similar airstrike by Taliban militants in the Shinanda and Obe districts of western Herat province on Thursday night killed two dozen armed insurgents and wounded six others, the statement said.

The Taliban has not yet commented on the incident.