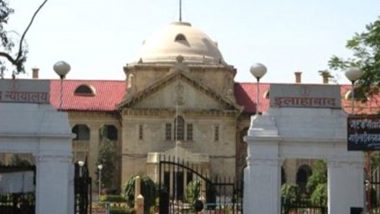 Lucknow, May 12: Allahabad High Court (Allahabad High Court) The Election Commission, in a scathing attack on the state governments, said that they had failed to anticipate its catastrophic results while allowing panchayat elections in several states and Uttar Pradesh. A single bench of Justice Siddharth Verma made the remarks during the hearing of a petition seeking protection of a Ghaziabad-based manufacturer to avoid arrest for special reasons.

Uttar Pradesh police had filed a case against the builder alleging default on the property. In a 16-page anticipatory bail order, the court said how Kovid had reached a village in Uttar Pradesh in the wake of the recent panchayat elections in the state. The Allahabad High Court said, “The state government finds it difficult to control coronavirus infection in urban areas and to examine, identify and treat the population of villages suffering from this disease.