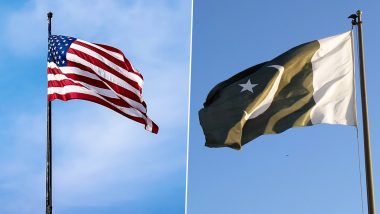 Washington, June 8: The White House said that the threat of terrorism from Afghanistan and the Afghan peace process have been discussed constructively between Pakistan and the United States through military intelligence units and diplomatic channels. U.S. National Security Adviser Jack Sullivan says the peace process will be an important topic at next week’s NATO summit.

“The only positive discussion between Pakistan and us was about the future of US capabilities through military intelligence units and diplomatic channels, to ensure that Afghanistan does not again become a base for Al Qaeda or ISIS or any other terrorist group where it can attack the US. . Read more: Copa America 2021: Brazil hosts Copa America, Maracan in the final

Sullivan did not elaborate on the talks with Pakistan.