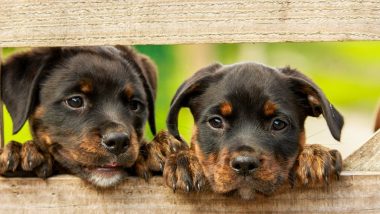 Muzaffarpur: A unique case has been filed in Mithanpura in Bihar’s Muzaffarpur district. The secretary of a voluntary organization involved in animal welfare has lodged an FIR against the dog owner alleging that the pet dog was not treated. Bihar: The shop owner was persuaded to buy jewelery, then looted Rs eight lakh

A police official said on Friday that the FIR filed by Sumant Shekhar alleged that Rajkumar, a resident of Malighat, had a dog. In this sequence the dog received a wound in the eye.

After that, Dara used to treat the dog with a private company. The condition of the dog is said to be critical. Bhagirath Prasad, in-charge of Mithanpura police station, said that a case has been filed against the accused under the Animal Cruelty Act and the whole matter is being investigated.