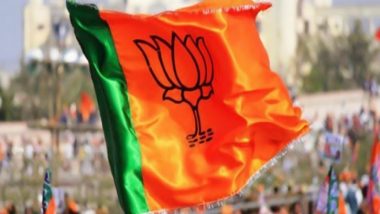 Lucknow, June 2: The BJP has started rehearsals for holding assembly elections in UP in 2022. On Tuesday, the day-long meeting at the state headquarters continued. BL Santosh Sarkar, general secretary of the party’s national organization, sought views from the ministers on the functioning of the government and the environment created among the people. The meeting discussed workers’ grievances with the ministers and also sought their views on how to overcome the grievances. The process of meeting the ministers at the BJP state headquarters began on Tuesday morning, which continued till evening. Read more: Tamil Nadu CM MK Stalin says lockdown cannot be extended indefinitely

The minister brought with him a description of this work, which he shared. There is dissatisfaction and resentment among the workers due to the negligence of the government and non-cooperation of the organization. Elections will be held in UP in just seven months. In such a situation, the team will not want to take any risk after the defeat in Bengal. The BJP knows that if there is a quarrel in UP, there will be a difference in the next Lok Sabha elections.

National General Secretary BL Santosh spoke to each of the ministers separately about the work of their department, the situation after the change of corona, public perception of the government and the agency, possible outcome of assembly elections, government shortcomings and the election-based organization. Read more: Bihar: Nitish Kumar’s decision: Panchayat elections will not be held at the moment, advisory committee will be formed

Deputy Chief Minister Keshab Prasad Maurya first met him around 9:30 am on Tuesday. Deputy Chief Minister Maurya, who came out after the meeting lasted about an hour and a half, said the election had been discussed. The party will win more than 300 seats in the upcoming Assembly elections.