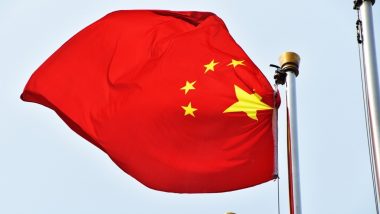 Beijing: China on Wednesday said the BRICS is a “model” of cooperation between emerging markets and developing countries and supports a UN-centric international system and multilateralism. A day after the BRICS foreign ministers’ online meeting, chaired by Foreign Minister S Jayashankar, Chinese Foreign Ministry spokesman Wang Wenbin told a news conference that the meeting discussed COVD-19, multilateralism and burning issues, and that these issues were widely discussed. Agree. BRICS is a group of five countries: Brazil, Russia, India, China and South Africa.

“In the face of major changes and global epidemics in a century, the BRICS must contribute to the health of the people, to the maintenance of international order, to world development and to world peace,” Wang said. “The BRICS must play its part in promoting global solidarity and strengthening the global response to common challenges,” he said.

“We look forward to working closely with BRICS partners.

In a joint statement on strengthening and reforming the multilateral system, the spokesman said, “Multilateralism is an important foundation of the current international system. “This statement is the result of the efforts of the five BRICS countries and reflects the common aspirations of most countries,” the spokesman said. The international community should be aware of this.