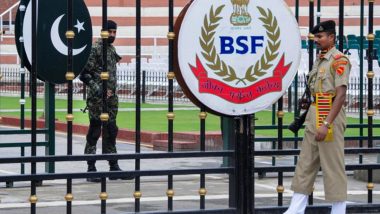 Jaisalmer, 13 May: A Border Security Force (BSF) jawan has reportedly committed suicide in the Shahgarh Balz area of ​​Jaisalmer. According to information received, the soldier posted at the international border fired with an official rifle on Wednesday. The cause of the suicide was not known.

Upon receiving the news of the incident, BSF officials reached the spot and informed the police. Shahgarh police handed over the autopsy to BSF officials after investigation.