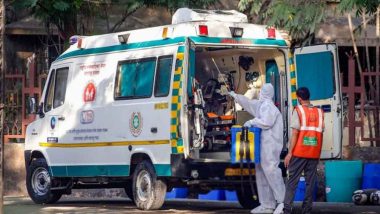 Mumbai: Maharashtra is more vulnerable to the second wave of coronavirus than other states. Despite government restrictions, the epidemic is growing rapidly in the state. Which has raised concerns of the government. Because of course there is a deficit in the case of Corona. But a huge number of people are dying due to this epidemic in the state. The way people are dying in Maharashtra. Those figures are pretty scary. According to the latest data released by health officials in Maharashtra, 898 people have died in Maharashtra in the last 24 hours from Corona. At the same time, 54,022 new cases were also found. After which the total number of coronavirus cases in the state has increased to 49,96,758.

The way people are dying from this epidemic in the state. That is why the crematorium in Maharashtra is burning and the cries of the people are being heard. The government as well as the people are not able to understand how they can survive this epidemic and save their families that way. Along with the cremation ground, cemeteries have also started queuing for burial. Also read: Kavid-19 Spike: Corona’s dire situation in these 10 states, including Maharashtra and Delhi.

The same epidemic is taking a terrible form in the whole country. Because even after the government stopped, the incidence of corona in the state is increasing rapidly. According to the Union Ministry of Health, 4,14,188 people have been infected with the corona virus in India in the last 24 hours, and 3,915 people have died during this period. Since then, the total number of people affected by corona in India has increased to 2 crore 14 lakh 91 thousand 596 people and 2 lakh 34 thousand 3 people have lost their lives. John.