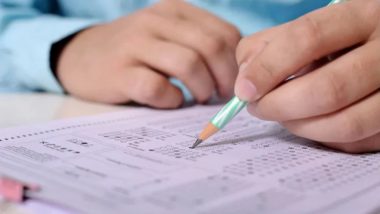 New Delhi, 14 May The Central Board of Secondary Education (CBSE) said on Friday that no decision has been taken on the pending examinations of the Twelfth Board. Considering the current state of the Kovid-19 epidemic, a section of students and parents are demanding the cancellation of the test. A senior CBSE official said, “It has been made clear that no decision (regarding cancellation) has been taken regarding the examination of the Twelfth Board which is being speculated about.” It will be officially announced after a decision is made on this matter. ”

Officials responded to questions on the possibility of the twelfth board exam being canceled or canceled. However, due to the Kovid-19 epidemic, a section of students and parents are demanding the cancellation of the exam. It is noteworthy that the Board announced the cancellation of the 10th Board Examination on 14 April and the postponement of the 12th Board Examination in view of the Kovid-19 epidemic. The decision was taken at a high-level meeting chaired by Prime Minister Narendra Modi. Read more: Reliance Jio’s big announcement, now live users can talk for free every month!

Board exams are usually held in February-March every year and this year’s activities started from 4th May. The Board informed that the examination of the Twelfth Board has been postponed and it will be reviewed after 1st June and the students will be notified about the examination at least 15 days in advance. At the same time, CBSE announced the policy of giving marks for the 10th board examination this month. Under this, 20 marks will be given in each subject on the basis of internal assessment and 60 marks will be given on the basis of performance of students in various examinations or examinations held in the year.