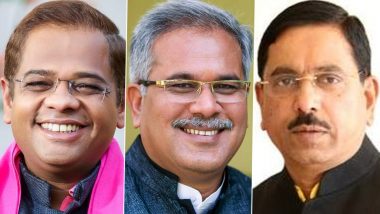 Amit Ajit Jogi writes that my father, the late Ajit Jogi, had for centuries preserved the villages of Saldi, Hariharpur, Fatehpur, Ghatbar, Janardanpur and Tara-Hade reserves to create the Lemru Elephant Reserve without public hearing. Three days before 35.5.21, the Bhupesh government had quietly given environmental clearance to the MDO of Adni by opening coal mines and washers by displacing settlers from ancestral lands.

The late Shri Ajitjogi_cg The six villages of Hasdeo Reserve – Salhi, Hariharpur, Fatehpur, Ghatbara, Jordanandpur and Tara – were protected by Jit to form the Lemru Elephant Reserve without public hearing, displacing the tribes living for centuries from the land of their ancestors. 1/3

Amit Ajit Jogi said that in the space of two and a half years of Bhupesh Baghel government, it was the sixth environmental clearance of Adani Group after Nandaraj Parbat, Gidh Muri, Pitauria, Chhatia and Gare Palmar and Raman government was able to give only three permits in its 15 years.

Only 3 people were allowed in 15 years. #Chhattisgarh_ko_danigarh Creating Bhupeshbagel Yes Sriraman Singh Jit is far behind – which is why the BJP’s Union Coal Minister @ Joshiprahad His praise is tight!

Good day to all except Chhattisgarh.3 / 3

He said that Bhupesh Baghel has left Dr. Raman Singh far behind in making Chhattisgarh Adnigarh – which is why BJP Union Coal Minister Prahlad Joshi is praising him! Good day has come for everyone except Chhattisgarh.