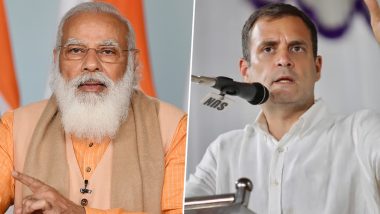 Congress leader Pawan Kheda said, “People have lost expectations from the government. When you want all the credit, who will people ask. Why don’t people ask why their vaccines have been exported.” Sources said on Saturday that Delhi Police had arrested more than a dozen people in registered cases.

The case is related to putting up black posters criticizing the Prime Minister for exporting 19 Covid vaccines to other countries instead of meeting the needs of the people of the country. Posters have been found in many parts of Delhi such as Shahdara, Rohini, Rithala, Dwarka and other places.

Gayatri Garg, Buddha Bihar Ward Councilor, told IANS, “On May 12, we received news that several posters were put up in Buddha Bihar, Vijay Bihar and other areas. Following the information, I removed the posters on May 13 along with my husband and a few other members.” Sources said that the police have registered more than 117 FIRs against the Prime Minister in connection with the poster.