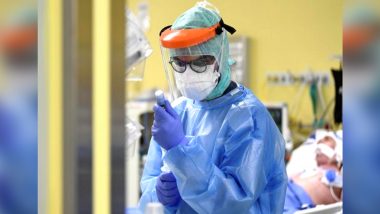 Aurangabad: Out of a total of 1,604 villages in Maharashtra’s Nanded district, 1,179 have been free of coronavirus, while another 271 villages have not had a single case of infection during the second wave of the epidemic. An official said this information. So far, more than 90,000 cases of Kovid-19 have been reported in Nanded district and 1,700 people have died due to the infection. Maharashtra 5-level unlock plan: Maharashtra govt announces lockdown ban to be relaxed under 5-level unlock plan from Monday

“But the epidemic is not over yet and the villagers should be more vigilant,” he said. Of the 2,271 villages in the district where not a single case of infection has been reported, 711 villages fall under the indigenous Kinwat tehsil. Huh.

Another official told PTI, “The tehsil is surrounded by the Javatmal district of Maharashtra and the Adilbad district of the adjoining state of Telangana where there have been many cases of infection in the second epidemic.”