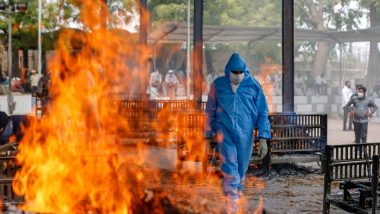 The second wave of corona in Bihar has now reduced the number of patients, though the number of people dying from the infection shows no decline. On Monday, 5,920 new cases of corona infection were found in the state, while 11,216 patients were also free of the infection in the last 24 hours. Meanwhile, 99 infected people have died. In Bihar, 6,894 infected people were identified on Sunday. On Monday, more than 200 new corona were found in 10 districts of the state, including Patna. In the last 24 hours, 5,920 new cases of infection have been confirmed in the state, according to a report released by the Department of Health. The highest number of 1,99 people were infected in the capital Patna (Patna), but 214 in Begusarai, 289 in Gaya, 226 in Madhubani, 226 in Nalanda, 220 in Samastipur, 200 in Supaul, 311 in Baishali and 228 in Baishali. West Champaran. And new corona has been found to be infected. Read more- After finding the body in the Ganges, Lalu said angrily, Kufan ​​is not lucky after death.