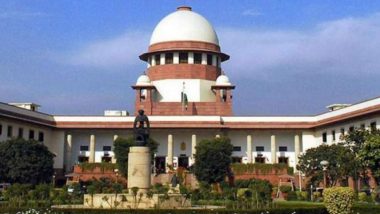 New Delhi: The Supreme Court on Friday described the state of the epidemic in the country as “extremely dire” and said it would ensure the release of detainees to reduce the number of inmates in prisons due to the escalation of the Kovid-19 case. Will pass the order on the issue. The apex court directed all the states and union territories to form a high-level committee to consider the release of prisoners on parole or interim bail on March 23, 2020.

A bench of Chief Justice NV Ramna, Justice L Nageshwar Rao and Justice Suryakant, hearing a fresh appeal in a pending self-knowledge case to reduce traffic congestion in jails due to epidemics in the country, said, “The current situation is dire.” Requests made last (March 23) now need to be reconsidered The need bench said it would consider setting up all powers and committees to consider the release of certain categories of prisoners on parole or bail in some states and union territories following the directives of the National Service Legal Authority. Read more: Corona virus: Supreme Court releases parole to reduce prison congestion, orders govt

The chief justice said he would talk to high court judges on Saturday and discuss with them the formation of a high-powered committee to expedite the release of prisoners during the epidemic. “We will consider the issues and pass the order,” the bench said.