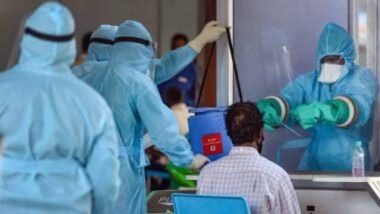 Lucknow: In the last 24 hours in Uttar Pradesh, another 163 people have died of COVID-19 (COVID-19) and 3957 new patients have confirmed the infection. A report released by the Department of Health on Tuesday states that in the last 24 hours, 1,163 more people have been infected with Covid-19 in the state, and the number of deaths due to the virus has risen in the state since 1959. The report said the maximum death toll was nine in the capital Lucknow, eight in Jhansi and Saharanpur, seven in Meerut, Gorakhpur and Berili and six each in Kovid-19 in Kanpur, Mathura and Itawa. Died