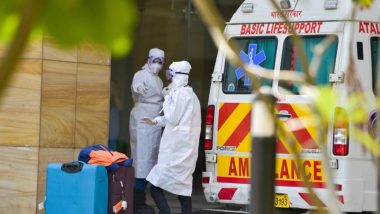 According to the Indian Medical Association, 594 doctors have died so far from the second wave of coronavirus. According to the data, the highest number of 107 doctors died in Delhi. The IMA said the death toll among doctors was higher in Delhi, Bihar and Uttar Pradesh. This is about 45 percent of the country’s statistics.

So far 99 doctors have died due to corona in Bihar. In Uttar Pradesh this number is 67. At the same time, 43 people lost their lives in Rajasthan, 39 in Jharkhand, 32 in Andhra Pradesh and Telangana, 31 in Gujarat, 17 in Maharashtra and 16 in Madhya Pradesh.

The IMA says about 1,300 doctors have died fighting Kovid-19 since the epidemic began last year.

Notably, corona infections have declined in most states of the country, including the capital Delhi, Maharashtra, Gujarat and Uttar Pradesh, but the death toll is still very high. Meanwhile, black fungus has raised concerns further. Many states have declared black fungus an epidemic.