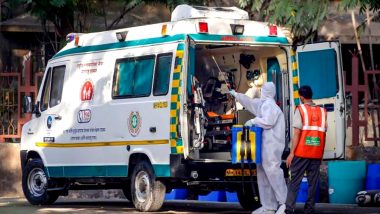 The Indian Medical Association (IMA) said a total of 2,424 doctors were killed in the second wave of COVID-19, including 109 in Delhi. According to the IMA, 847 doctors died in the first phase of the epidemic. According to the IMA, Delhi had the highest death toll at 109, followed by Bihar at 99, Uttar Pradesh at 799, Rajasthan at 43, Jharkhand at 39 and Andhra Pradesh at 34, Telangana at 32, Gujarat at 31 and West Bengal. 30 doctors lost their lives.

“Last year, 848 doctors died of Kovid-19 across the country, and in the short time of the current second wave, we have lost 2,424 doctors,” said an IMA physician.

The black fungus continues to wreak havoc across the country through the corona epidemic. The black fungus epidemic is taking a deadly turn nowadays. Thousands of people have been infected with micromycosis since recovering from covid.