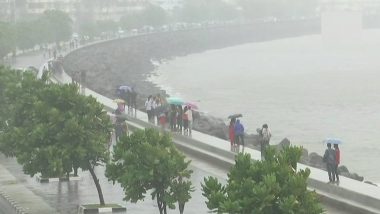 Mumbai: The final strong cyclone ‘Cyclone Toukte’ is moving in the East Arabian Sea. At the moment, Hurricane Tawaka is seen in Goa, where there is strong wind and heavy rainfall in Panji. Due to which many trees have been uprooted. According to the India Meteorological Department (IMD), the storm could move some distance from Mumbai on Saturday or Sunday morning, so there is no possibility of much damage, but there could be strong winds and heavy rains in Mumbai, Thane and Palghar. Cyclone Tout Live Tracker Map: The first cyclone to hit the Arabian Sea in 2021 was tracked here in real time.

Mumbai IMD Deputy Director General Jayant Sarkar said the current situation of cyclone storms is in the East Central Arabian Sea. It will be even faster in the next 24 hours. It may cross Gujarat on the morning of May 18. This is a very deadly storm. He said, “There is a possibility of heavy rain in Mumbai today. There may be very heavy rain tomorrow Monday and moderate rain on the 18th. Today, tomorrow and tomorrow, Mumbai may get 60-70 kmph winds per hour. There will be a lot of damage due to rain. No, there is a possibility of damage in strong winds. ”

At the same time, the Metropolitan Corporation (BMC) on Thursday evacuated 580 patients from Covid-19 Care Center on Saturday night in the wake of the Meteorological Department’s warning to bypass the cyclone from Mumbai (Mumbai). At the same time, the authorities are considering the possibility of stopping the ‘Bandra-Varali Sea Link’ warning. 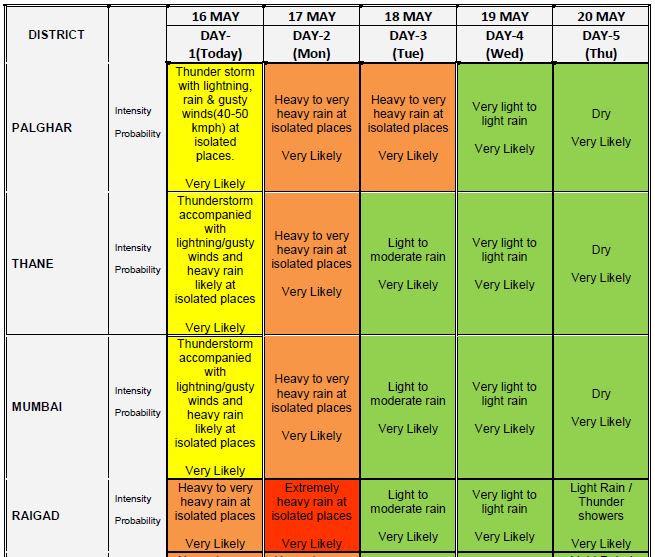 According to the IMD, the storm has turned into an “extremely severe cyclonic storm” and could take a more severe form in the near future. The cyclone is likely to move northwest and reach the Gujarat coast on the evening of May 1 and cross the Gujarat coast between Porbandar and Mahuva (Bhawanagar district) on the morning of May 16, the IMD said. ‘Takte’ has gone north in the last 6 hours with a speed of about 11 kilometers per hour.

On Sunday, Union Home Minister Amit Shah chaired a review meeting with the Chief Ministers of Gujarat, Maharashtra and Union Territory of Daman and Diu and Dada and Nagar Haveli to monitor preparations for the cyclone. He reviewed the arrangements and plans of the States and Union Territories as well as the Central Ministries as well as the agencies concerned to deal with the cyclone and the situation arising out of it.