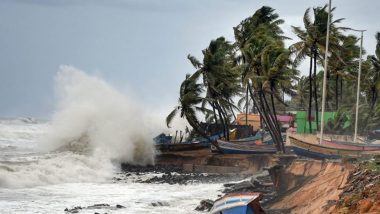 New Delhi: Cyclone Yash turned into a deadly cyclone on Tuesday evening. Director General (IMD) of India Meteorological Department (IMD) M Mohapatra (Director General M. Mohapatra) has given this information. IDD has issued ‘Red Coded’ warnings to Orissa and West Bengal. “Severe cyclone Yas has turned into a severe cyclone in the north-west and the Bay of Bengal,” Mohapatra said.

It could turn north-northwest and its intensity could be even higher. It may have landed near Dharma Bandar in northern Orissa on Wednesday morning. Read more: Cyclone Yas: NDRF Chief SK. N. The chief said Orissa and West Bengal have the highest number of teams deployed so far

The IMD’s cyclone warning division said, “On Wednesday afternoon on the west coast of Paradip and Sagar Island in northern Orissa – there could be a severe cyclone near Dharma – West Bengal. It is being monitored by Doppler weather radar in Paradip.”