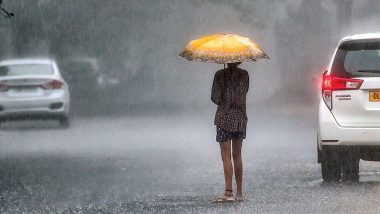 The city received 15.6 mm of rain in the last 24 hours ending at 8:30 am on Tuesday. The Meteorological Department forecast light rain and gale force winds on Wednesday. The average maximum temperature recorded in Delhi in May was 3 37.5 degrees Celsius, the lowest in 13 years this month.

The IMD said that for the first time since 2014, the Safdarjung Observatory did not record a heatwave during the pre-monsoon period. Srivastava said the mercury was first under control due to unrest in the west and later there was a ‘record’ rain due to a cyclone break. He said it was the first time since 2011 that the Palm Observatory had not recorded the speed of heat waves during the pre-monsoon period.