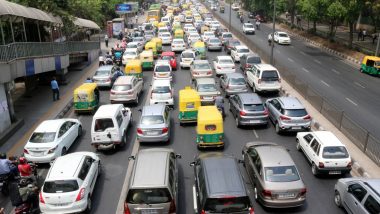 New Delhi: This news is effective for those who drive on the streets of the capital Delhi. Now the speed limit has been changed in Delhi. Whether it is a two-wheeler or a car-truck, speed limits have been set for different vehicles. The Delhi Traffic Police has issued a list listing the different roads and the speed of vehicles that can be driven there. Anyone who violates this speed limit will have to pay a heavy fine. Drug trafficking: Drug trafficking ring hanged, 42,000 tramdol pills seized.

The maximum speed limit for motor vehicles has been changed, Delhi Traffic Police said. Below you can read the full details of the speed limit.

The Delhi Traffic Police has revised the maximum speed limit in all Delhi for motor vehicles of various departments dependent on Delhi Road which was not published in the Delhi Gazette https://t.co/P0P1QhqSmE.20/4/2003/HP-II/ 1324 and a copy of this notification is below Attached pic.twitter.com/pCUtdr4yH0