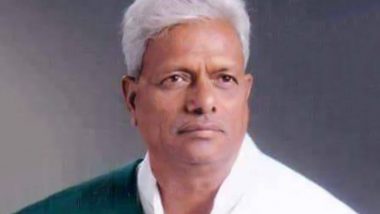 Patil was born on January 19445 in Chikka Bagewadi, Belagavi district and graduated in science from the RL Science Institute. Patil was elected as an independent MLA from Kittur in 1989 and was elected to the Lok Sabha from Belgaum constituency on a BJP ticket in 1996.

He was the Minister of State for Rural Development (Independent Charge) in Atal Bihari Vajpayee’s government. Expressing grief over Patil’s death, Karnataka Chief Minister BS Yeddyurappa (BS Yeddyurappa) said that Babgauda Patil was always at the forefront of the struggle of the farmers.

The Chief Minister tweeted, “He is one of the founding members of the Karnataka State Riot Union who has always cared for the farmers and worked for their betterment.” He also served as a Union Minister in the Atal Bihari Vajpayee government. ”

Karnataka Rural Development and Panchayati Raj Minister KS Wara Swarppa said he was shocked to hear of Patil’s death. Wara Swarappa tweeted, “Patal entered politics after a tough fight. He was one of the country’s leading peasant leaders. His soul can rest in peace.”