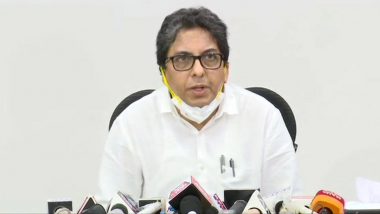 New Delhi, June 2. Former West Bengal chief secretary Alapana Banerjee has come under fire after a meeting with Prime Minister Narendra Modi on May 26. Official sources said on Wednesday that Bandopadhyay’s behavior had damaged the IAS system as he appeared to be working as a personal employee of the chief minister. Sources questioned that Alapan Bandopadhyay had subdued himself to the “will” of the West Bengal Chief Minister to be given an “award” after his retirement. He said that the Chief Secretary could not act as a personal servant of the Chief Minister. Bandopadhyay’s behavior was called into question when the Prime Minister was holding a review meeting in the state to assess the damage caused by Cyclone Yas. Read more – Mamata Banerjee says: The only demand for the center to vaccinate all adults by December 2021 is ‘Joomla’

According to sources, Sardar Patel, the country’s first home minister, described the first batch of IAS officers as “India’s steel structure”. Sources said Patel made the statement not only to inspire young officers, but also to imply that India is a multicultural country where the rulers of the states will have their own interests and concerns.

He said that if the representatives of the Center boycotted the meetings convened by the Chief Secretary after the natural calamity, would it not amount to the institutional disintegration of the federal structure? A source said, “Doesn’t this cause chaos? The behavior of Alapan Banerjee’s 26th daughter has caused severe damage to the IAS, which Sardar Patel described as India’s ‘steel structure’.