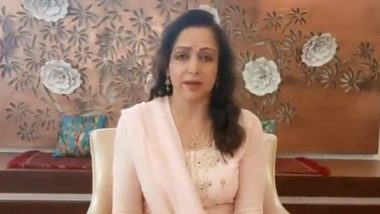 Mathura: Actress and MP Hema Malini’s 40-year-old private secretary Markande Mehta, 65, died of a corona infection on Saturday. Hima Malini shared this information on Twitter. He shared an old photo taken with his secretary and paid his sincere respects. Hema Malini tweeted, “With a heavy heart I say goodbye to my secretary for 40 years, my secretary Mehta Jit. Those who were very hardworking and dedicated to work. He was part of our family and we lost him due to corona infection. Someone to fill their place. Can’t

Janardhan Sharma, the MP’s local representative, said Markandeya Mehta was originally a word recordist who came in contact with Hemmalini in 1971. However, she took over as the actress’ secretary in 1981. She is survived by a daughter-in-law and a son-in-law. All three were infected a fortnight ago. After which the daughter recovered but her son-in-law died a week ago. Read more: Hema Malini gets 19 vaccines for Kavid: Hema Malini is playing Mumbai coroner’s vaccine, share photos

Hemmalini’s eldest daughter Isha Sha Deol also responded by tweeting, “We will all miss her a lot.” They were members of our family. His place can never be filled. He was the best man for his mother. There were dedicated people. If you miss Uncle Mehta, his soul may rest in peace.