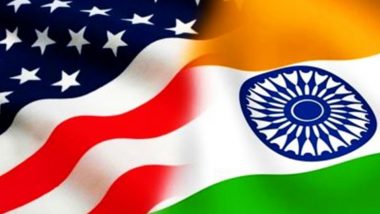 Washington, May 12: Renowned Indo-American social activist and Silicon Valley entrepreneur, Indo-American Monster and India’s Silicon Valley, described the latest wave of Covid-19 as the country’s biggest crisis, appealing to the expatriate community to help people during this difficult time. Significantly, the second wave of global epidemics continues to wreak havoc in India and many states are in dire need of staff, vaccines, oxygen, medicines and bedding. “India is still facing the biggest crisis, so, I am appealing to you to help your family and friends in India,” MR Rangaswamy, founder of ‘Indispora’, told PTI.

Rangaswamy’s sister died in Chennai due to the Corno virus. Rangaswamy said he was working hard to raise more funds and resources for the people of India from expatriate communities in the US and around the world, facing the biggest public health crisis since independence. In response to a question, Rangaswamy said, “This is a time when we should give more than our strength.” Read more: Chhattisgarh: Naxals kill policeman at home, flee with phone and tractor key

Indispora, a network of prominent immigrant leaders, has so far raised 2.5 million. Over the weekend, he also took part in the ‘Health Tamil Nadu Breathing’ program, where $ 1.5 million was raised. “The problem is that if India does not control the infection, it will spread to Nepal, Bangladesh, Sri Lanka and neighboring India,” Rangaswamy said. It can cause many deaths and financial losses. ‘