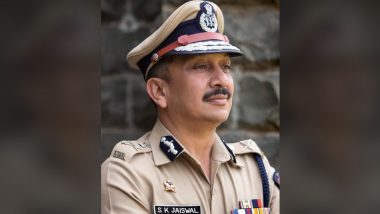 Senior IPS officer Subodh Kumar Jaiswal has been appointed as the new CBI director. The information was given in an order of the staff ministry on Tuesday. His term as CBI director will be two years. Subodh Kumar Jaiswal, a 1975 batch Indian Police Service (IPS) Maharashtra cadre officer, is currently the Director General of the Central Industrial Security Force (CISF). The ministry order said Subodh Kumar Jaiswal has been appointed director of the Central Bureau of Investigation (CBI) for two years. He was also the Director General of Police (DGP) of Maharashtra. Read more: CBI gives clean chit to Lalu Prasad Yadav in DLF bribery case

IPS Subodh Kumar Jaiswal has also been called the ‘master of espionage’. He has served in the Research and Analysis Branch (R&W). He was also Additional Secretary in the Cabinet Secretariat. Subodh Kumar Jaiswal, who had earlier served in the Mumbai Police, was the head of a special team investigating the multi-crore counterfeit stamp paper scandal. He has been DIG in ATS.

IPS Subodh Kumar Jaiswal has been appointed as the Director of Central Bureau of Investigation (CBI) for 2 years. pic.twitter.com/jFGwZbOen4

Earlier, Prabin Sinha, a 198-batch IPS officer and Additional Director of CBI, was the CBI Director. This responsibility was given to Shi Kumar Shukla after his retirement. He retired in February after a two-year term.