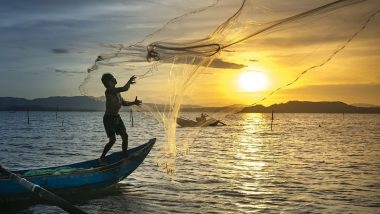 Mangalore: Indian Coast Guard (ICGS) personnel have rescued 10 fishermen from a boat stranded on a ship in Mangalore, Karnataka. The Coast Guard said in a press release on Thursday. The fishermen’s boat was stuck about 20 nautical miles from the beach. Read more: More than 300 babies born in Orissa cyclone Yas, many parents name newborn Yas

Fishermen’s boat ‘Lord of the Seas’ got stuck in the sea due to engine failure.

The Coastguard’s C-448 was patrolling the seas at the time. He was sent for immediate help. In addition, ICGS ambassador ships have also been deployed in the rescue operation.