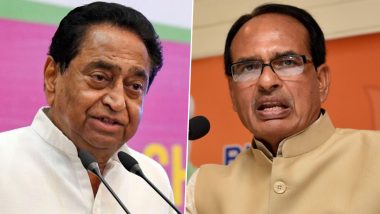 Tarun Rathi has now been given the charge of Deputy Secretary to the Government of Madhya Pradesh. Similarly, according to an order issued by the Madhya Pradesh Home Department on Friday, Damoh District Superintendent of Police Hemant Chauhan has been transferred to Assistant Inspector General of Police, Police Headquarters, Bhopal and replaced by DR Takhanwar. Damoh district. However, the order did not give any reason for the transfer of the Collector and Superintendent of Police of Damoh district.

Chaitanya, the new collector of Damohar, also took charge on Saturday evening. Apart from Rathi, Ratlam Collector Gopal Chandra Dad has also been transferred as Additional Secretary to the Madhya Pradesh Government and Guna District Collector Kumar Purushottam has been made Ratlam Collector in his place. According to sources, DAD has been removed in Ratlam district for allegedly failing to stop the rate of coronavirus infection. At the same time, Additional Collector of Balagat district Frank Nobel has been transferred and posted as Collector of Guna district.

In a statement issued today, the Madhya Pradesh Congress president and former state chief minister questioned the decision to replace the district collector and police superintendent of Damoh after the BJP candidate’s defeat in the by-elections.

He said the BJP-led act in the Shivraj Singh Chouhan-led state raises the question of whether the BJP had handed over the responsibility of winning the elections in Damoh to the Collector and the Superintendent of Police. Kamal Nath said that if the Collector and Superintendent of Police of Damoh district conducted a fair election by discharging their duties and respecting their uniforms, would the government punish them with this responsibility?

He said, “It is clear that the BJP wanted to win the elections by abusing the administration, and after failing in this heinous plan, the collector and police superintendent have now been removed to create panic among the administrative officials.” In the Damoh Assembly seat, Congress candidate Ajay Tandon defeated his nearest rival, the ruling BJP candidate Rahul Singh Lodhi by 1,097 votes, retaining the party’s victory in the seat. The result came on 2nd May.