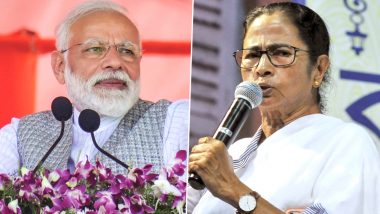 Kolkata, 20 May West Bengal Chief Minister Mamata Banerjee has written a letter to Prime Minister Narendra Modi saying that at least 20 lakh doses of Kovid-19 vaccine should be provided to all state and central workers in the state for vaccination. Banerjee added in the letter that the Centre’s policy has the opportunity to “include” people most at risk of the virus, such as bankers, railway and airport workers, defense and coal workers. ‘

The Chief Minister said, “In Bengal, we have taken steps to vaccinate a large section of the workers working in the front and involved in the electoral process. We still need 2 million doses to vaccinate all the workers.”

He urged Modi to give a reasonable dose of vaccine to those who work in the ‘priority case’ without any guilt.