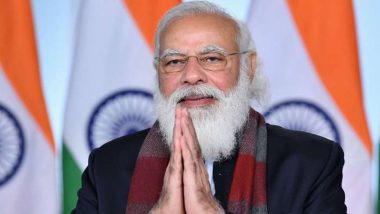 In a major decision in the interest of farmers, the central government on Wednesday decided to increase the subsidy for diammonia phosphate (DAP) fertilizer from Rs 500 per bag (katta) to Rs 1,200. Following this decision, farmers (farmers) will have to pay only Rs 1,200 per bag of fertilizer, despite the increase in the international price of DAP. The decision was taken at a high-level meeting chaired by Prime Minister Narendra Modi. He was introduced in this meeting and given detailed information about the price of fertilizer. “Increasing the DAP fertilizer subsidy from Rs 500 per bag to Rs 1,200 was a historic decision,” a statement from the Prime Minister’s Office said. Read more – Cyclone Toukte: Prime Minister Modi has announced financial assistance of Rs 1,000 crore after visiting the affected areas of Gujarat and Diu.

The statement said that despite the increase in the international market price of DAP, it has been decided to sell it at the old price of Rs 1,200 only. The PMO said, “The central government has decided to bear the full burden of the price hike. At one time the amount of subsidy per bag was never increased. Last year, the actual price of DAP was Rs 1,700 per bag, with the central government subsidizing Rs 500 per bag. So the companies were selling fertilizer to the farmers at Rs 1,200 per bag.

Prime Minister Modi chaired a high-level meeting on the issue of fertilizer prices. He stressed that farmers should be given fertilizer at the old rate even after the rise in international prices. It was decided that farmers would get a subsidy of 1200 / bag of DAP fertilizer instead of Rs.500 / bag: PM pic.twitter.com/6Emun9iYFY

The PMO said in a statement that the international price of phosphoric acid, ammonia, etc. used in DAP has recently risen from 70 per cent to 70 per cent. For this reason, the actual price of a DAP bag is now Rs 2400, which fertilizer companies sell at a subsidy of Rs 500 to Rs 1900. With today’s decision, farmers will continue to get DAP bags for only Rs 1,200. The Prime Minister said her government was committed to the welfare of the farmers and would do its utmost to ensure that the farmers do not suffer from inflation.

The statement said the central government spends about Rs 60,000 crore every year on chemical fertilizer subsidies. The PMO said, “Apart from increasing DAP subsidies, the Indian government will spend an additional Rs 14,775 crore during the kharif season.” He called the decision historic and farmer-friendly.

The BJP, on the other hand, termed the central government’s decision as ‘historic’ and said it showed the sensitivity of the government led by Prime Minister Narendra Modi towards the farmers. BJP president JP Nadda tweeted, “I thank Prime Minister Narendra Modi for taking a farmer-friendly historical decision to increase fertilizer subsidies. DAP Surrey subsidy has been increased by 140 percent. Farmers will now get a subsidy of more than Rs 700 per bag of diammonia phosphate. Now one bag of fertilizer will be available at 1200 rupees instead of just 2400 rupees.

He said the central government was determined to improve the lives of farmers, so it was decided to give them fertilizer at the old rate even after the rise in international prices. He said, ‘The Modi government is committed to increasing the income of farmers and their welfare from the very first day. The government will spend an additional Rs 15,000 crore to increase fertilizer subsidies. Modi is empowering donors through Kisan Honors Fund, Kisan Credit Card and various projects. BJP general secretary Bhupendra Yadav said that the Modi government had given great relief to the farmers before sowing. “On behalf of the farmers, the BJP has expressed its gratitude to the government,” he said.