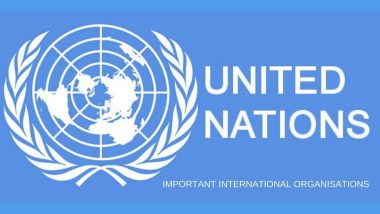 United Nations: The United Nations Office for the Coordination of Humanitarian Affairs (OCHA) says more than 223.3 million people in Somalia are facing a severe food insecurity crisis due to drought and lack of rain. Citing an OCHA report released by the Xinhua news agency on Thursday, the Xinhua news agency said annual rainfall in early spring in some parts of the country was late and mainly below average. Somali aviation: 5 killed, several injured in hotel storm in Somalia’s capital Mogadishu

“About 2.3.3 million to 26.3 million people in Somalia are expected to face a crisis or worsening outcome between April and September 2021. The country’s food security is deteriorating.”

The Somali government declared a drought on April 25 in consultation with the United Nations. Moderate to severe drought has affected more than 80 percent of the country. The office said humanitarian agencies responded to the areas of greatest need, including water and critical sanitation supplies, non-food items, cash and food supplies.

The OCHA said there was a serious shortage of relief funds to conduct humanitarian activities in the country. It needs ০ 1.09 billion to help 4 million people, but only 20 percent of the funds are left.