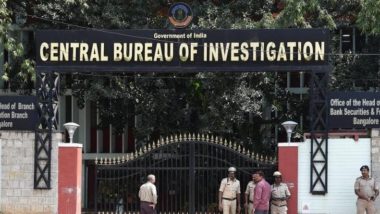 New Delhi: The CBI has ordered the Calcutta High Court to allow house arrest of four senior members of the Trinamool Congress (TMC) in the Narda sting case. The CBI wants the High Court hearing to be canceled on Monday. A five-judge bench will hear the politicians’ bail pleas. The matter was referred to a five-judge bench after two judges of the High Court bench disagreed. The apex court may hear the case at any time of the day. The hearing will be held in the High Court till 11 am. Narda sting case: Kolkata High Court orders house arrest of 4 Trinamool Congress leaders in Narda case

The acting chief justice of the Calcutta High Court on Friday constituted a five-member bench to hear the interim bail applications of four Trinamool Congress veterans in West Bengal, who were arrested by the CBI on Monday in the Narad sting operation case.

Politics in the state has been heating up since last week after the arrest of two CBI Trinamool Congress ministers – Firhad Hakim and Subrata Mukherjee, as well as incumbent MLA Madan Mitra and former Calcutta Corporation mayor Sovan Chatterjee – in the Narad sting tape case. Done. Several politicians and a high-ranking police officer have been seen accepting cash for allegedly giving unofficial benefits to a fake agency.