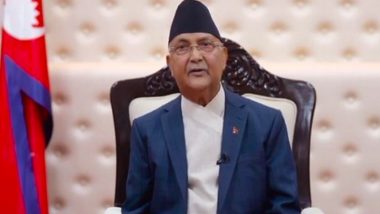 Kathmandu: Nepal’s veteran leftist leader KP Sharma Oli (KP Sharma Oli), when he became prime minister for the second time after the Left Alliance’s landslide victory in the 2013 parliamentary elections, hoped for the necessary political stability in the country. His own efforts. Surprisingly, the country plunged into a political crisis again after Oli surprisingly proposed dissolving the party after the ruling Communist Party of Nepal took action in December. Oli was involved in politics as a student activist when he was a teenager. He was sentenced to 14 years in prison for opposing the monarchy. He became prime minister for the second time in 2018 as a joint candidate of the Left Alliance.

CPN (Unified Marxist-Leninist) and Pushpa Kamal Dahal ‘Prachanda’ led CPN (Maoist Center) won six of the seven provinces with a majority of the House of Representatives in the 2017 elections. The two teams officially merged in May 2018. Oli, 699, was previously the Prime Minister of Nepal from October 11, 2015 to August 3, 2016, when Nepal’s relations with India were strained. In the first term, Oli publicly criticized India and accused it of interfering in Nepal’s internal affairs and overthrowing his government. But in the second term, he promised to move forward with India for economic prosperity. Read more: Political upheaval in Nepal, campaign camp expels KP Sharma Oli from party

In the second term, Oli also claimed that his government was trying to oust him after strategically showing important parts of India on the country’s maps, Lipulekh, Kalapani and Limpiyadhura. The incident sparked tensions between the two countries.

Oli was born on 22 February 1952 in the Tirthum district of eastern Nepal. He is the eldest son of Mohan Prasad and Madhumaya Oli. His grandmother raised him after the death of his mother, Joke-Poka. Oli left school in the ninth grade and joined politics. However, he later did intermediate studies while in jail. His wife Rachna Shakya is also a leftist and the two met during party activities.

Oli started his political career in 1966 by joining the fight against the omnipotent panchayat system at the behest of the then king. He joined the Communist Party of Nepal in February 1970. He went underground by subscribing to the party. The same year the panchayat government arrested him for the first time. In 1974, Oli led a coup d’etat in which the zamindars of the district were beheaded. He is one of the few leaders in Nepal to have spent many years in prison. From 1973 to 1987 he was imprisoned for 14 consecutive years.

After his release from prison, Oli became a member of the UML Central Committee and was in charge of the Lumbini region until 1990.

In 1990, the Panchayat Raj ended with the democratic movement and Oli became a popular name in the country. Oli became the founding president of the Democratic National Youth Association in 1991. A year later, he became the head of the party’s propaganda department and established himself in Nepal’s politics. In 1991, he was elected to the House of Representatives for the first time from Jhapa. He was Home Minister from 1994 to 1994. In 1999, he was elected from Jhapa 2 seats.

He was the Deputy Prime Minister of the Girija Prasad Koirala Government in 2006. Oli defeated party president Hala Nath Khanal in the second Constituent Assembly on February 4, 2014 and was elected the leader of CPN-UML. Oli resigned as prime minister before a no-confidence motion was filed in July 2011, which also toppled his nine-month-old government.