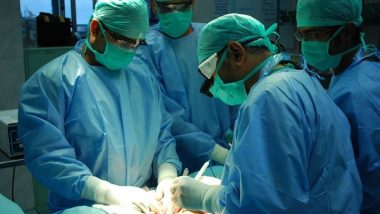 New Delhi: In the national capital, Delhi, relatives of a 43-year-old brain dead woman donated organs, giving life to four people. Sir Ganga Ram Hospital has given this information. The woman was admitted to this hospital. A statement was issued at Sir Ganga Ram Hospital that the woman’s kidney was transplanted to a 58-year-old man and the kidney was transferred to another patient at the hospital. Delhi coroner cases are improving every day, with 1491 new cases in the last 24 hours

The other organs have been shifted to other hospitals in Delhi NCR, the statement said. The hospital reported that the woman had high blood pressure and suddenly started vomiting. The woman had a severe headache. Later, on May 20, he was brought to the emergency ward of Sir Ganga Ram Hospital.

The woman’s condition began to worsen during the recruitment process. Subsequently, further investigation revealed severe bleeding in the woman’s brain. Despite all efforts to save the woman, she was pronounced brain dead. The woman’s coronavirus infection could not be confirmed, the statement said.