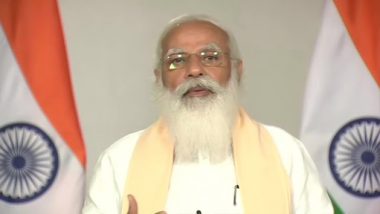 On Wednesday, Prime Minister Narendra Modi had a telephone conversation with French President Emmanuel Macron. During the talks, Prime Minister Modi thanked President Macron for the assistance he received from France during the Kovid epidemic. In addition, the two leaders discussed bilateral relations and global issues.

At the same time, the two leaders decided to further strengthen the strategic partnership between India and France and to work together to recover the economy after the Corona epidemic. At the same time, the positive results of the recently concluded India-EU Summit are satisfactory.

Read more: Mehul Choksi, check-mate due to Modi’s tactics, to hand over Dominica to India soon

The Prime Minister has invited President Macron to visit India:

The two leaders also agreed that renegotiating a free trade and investment agreement between India and the European Union was a welcome step. Both sides expressed happiness at further strengthening the strategic partnership between India and France in recent years and expressed hope that both would continue to work in the same direction even after the Kovid era. Prime Minister Modi also invited President Macron to visit India on a normal basis.