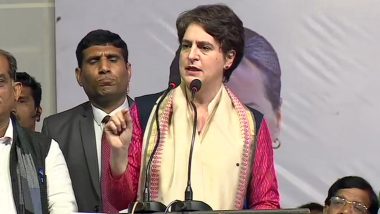 Aligarh Hooch tragedy: Congress general secretary Priyanka Gandhi on Wednesday targeted the Uttar Pradesh government over the deaths of several people in Algarh due to heavy drinking, saying on Wednesday that the incident was the result of an alliance between the administration and the liquor mafia. Deaths are the result of the government and the alcohol mafia alliance

He said, “Today, colleagues in the Uttar Pradesh Congress have spoken out against this heinous incident across the state and demanded action be taken against those responsible sitting in the government.