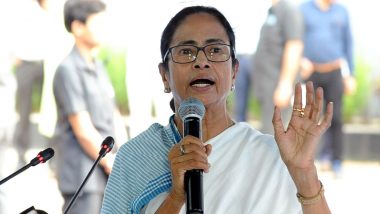 In a five-page letter to the Prime Minister, Banerjee requested the Center to reconsider its decision to extend his three-month tenure. “I am shocked and shocked by the unilateral order to summon the West Bengal chief secretary to Delhi,” he said in the letter. This unilateral order will not stand the test of law, it is historically unprecedented and completely unconstitutional. ”

In a five-page letter, Banerjee wrote, “The West Bengal government cannot leave the Chief Secretary at this critical time, or release him.”

The Chief Minister further requested in the letter that the Chief Minister’s order to extend the term of the Chief Secretary for the next three months from June 1 after consultation with the State Government would be considered effective only. “I humbly request you to reconsider and reconsider your decision,” he told the prime minister. Cancel the so-called order in the larger public interest. On behalf of the people of West Bengal, I urge you to work sincerely and in good spirits. ”

“The West Bengal government cannot and will not release the Chief Secretary at this critical time,” West Bengal Chief Minister Mamata Banerjee wrote in a letter to the Prime Minister, requesting that the decision be reversed, reconsidered and the latest so-called order revoked.

He said in a letter to the Prime Minister that federal cooperation was the pillar of the legal framework for the All India Service and the laws enacted for it, Banerjee wrote: “

He said, “I hope the latest order (transfer of the Chief Secretary to Delhi) and my meeting with you in Kalikunda have nothing to do.” Banerjee said, “I just wanted to talk to you, the way the Prime Minister and the Chief Minister usually meet. But you also called a local MLA from your party during this time, although it does not make sense for him to be present at the PM-CM meeting.”

Banerjee said the Centre’s order was against the interests of the state and that the chief secretary had recently personally justified the suffering, but he was still doing his job. On May 28, the Center sought Bandopadhyay’s services in an emergency decision and asked the state government to immediately release the top bureaucrat in the state.

It is noteworthy that just four days after West Bengal Chief Secretary Alapan Bandopadhyay was given an extension of his tenure, the Center sought his services on Friday night and asked the state government to release the officer immediately. The ruling Trinamool Congress in West Bengal has termed the move as “forced deputation”.

Bandopadhyay, a 1987 batch IAS officer of the West Bengal cadre, will retire on May 31 after completing 60 years of age. However, after the approval of the Center, his term was extended for three months. The Center had directed Chief Minister Mamata Banerjee to summon Prime Minister Narendra Modi to Delhi a few hours after concluding a meeting with Prime Minister Narendra Modi in just 15 minutes.