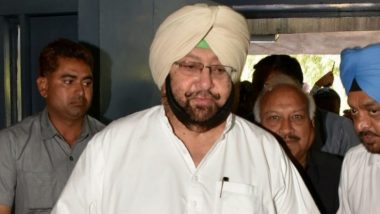 New Delhi: Punjab Chief Minister Amarinder Singh (Amarinder Singh) Arrived on Friday and presented his statement before the committee formed to remove the ongoing divisions in the state unit of Congress. Party sources said Amindar Singh’s move ended the exercise of liaison with the committee. He will now submit his report to the High Command. Punjab: Situation is deteriorating in Congress, sharp front against Captain: CM can meet Amindar panel

The committee, headed by Leader of the Opposition in the Rajya Sabha Mallick Arjun Kharga, has sought the views of more than 100 Congress leaders in Punjab in the last four days. Most of them are MLAs.

Apart from Kharag, the committee also includes Harish Rawat, general secretary of the Congress and in-charge of Punjab, and JP Agarwal, a veteran leader of Delhi province. Notably, in the last few weeks, there has been a heated argument between Chief Minister Amarinder Singh and party leader Navjot Singh Sidhu. MLA Pargat Singh and several other leaders of the State Congress Committee also opened a front against the Chief Minister.