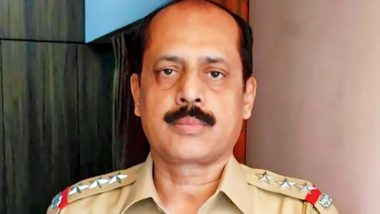 Sachin Tendulkar fired: Assistant Inspector of Police Sachin Waze, who was twice sacked from Mumbai Police, was sacked from his post on Tuesday. Wajeke was arrested and suspended by Mumbai National Police (NIA) on charges of recovering explosives from an SUV near the residence of industrialist Mukesh Ambani in Mumbai and killing businessman Mansukh Hiran. A spokesperson for the city police said Mumbai Police Commissioner Hemant Nagrale had issued an order dismissing Waje.

Waze, 49, a 1990 batch officer in the Maharashtra cadre, also known as ‘Encounter Cop’. Waze was suspended on March 13 after the NIA arrested him in an SUV-cum-murder case. A top official said, “Assistant Inspector General of Police Hindurao has also been sacked from the Waze police service. The Commissioner of Police of Greater Mumbai has issued an order in this regard under Article 311 (2) (b) of the Constitution of India. ALSO READ: Maharashtra: After Anil Deshmukh, Sachin Waz wrote a letter to NIA targeting Maharashtra Deputy CM Ajit Pawar and Minister Anil Parab

Article 311 of the Constitution and the relevant sub-provisions relate to the dismissal, removal or promotion of employees working under the Central and State Governments for specific reasons. Waze resigned again in June 2020 after being suspended for 16 years on charges of death in the custody of Khwaja Yunus, accused in the 2002 Ghatkopar bombing.