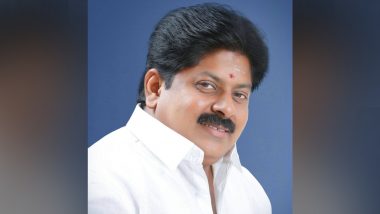 Chennai: The Madras High Court on Wednesday dismissed a petition seeking advice from former minister M Manikandan, a former AIADMK accused in a case of sexual harassment of a Malaysian woman, directing him not to be arrested till June 9. The duration of another judge’s order. Justice R Subramaniam adjourned the matter till June 9 during the hearing of Manikandan’s anticipatory bail application on June 2. The judge said the petitioner would not be arrested until June 9.

When Manikandan’s anticipatory bail application was filed before Justice Abdul Quddos on Wednesday, he reserved his order after hearing detailed arguments from 32-year-old female complainant and police department lawyer Manikandan and asked the parties to present their arguments in writing. Didn’t say anything about extending the term of the order, then the former minister’s lawyer pleaded that his client should come to the court order. – To date the female police should have been instructed not to make arrests, but the judge did not comply with this request. Read more: Actress accused of sexually harassing former Tamil Nadu minister and AIADMK leader M Manikandan, rape case filed at police station

Earlier, a lawyer representing the police opposed any relief to Manikandan, telling the judge that the investigation was at an early stage and that it was necessary to arrest and interrogate him in police custody. He said the former minister was a powerful man and if he was not arrested he could disperse with evidence.