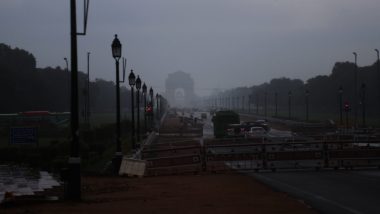 New Delhi, June 11: In the national capital, Delhi, the monsoon this year could be 12 days ahead of the normal date, i.e. June 15. The Indian Meteorological Department (IMD) said this on Friday. Kuldeep Srivastava, head of the IMD’s regional forecasting center, said the rains had reached Delhi on June 15, even in early 2008. He said, “There are conditions for the early arrival of the monsoon. This time it (monsoon) may reach Delhi on 15th June.

The IMD said a low pressure area remained over the north-west Bay of Bengal. It is likely to move to Orissa, Jharkhand and northern Chhattisgarh in the next three to four days. “Due to favorable weather, the south-west monsoon is expected to cover the entire country except the glass region of southern Rajasthan and Gujarat in the next five to six days,” the IMD said.

According to Mahesh Palawat of Skymet Weather, a private weather forecasting agency, the monsoon in 2013 reached all parts of the country by June 16. By June 29 last year, the monsoon had reached across the country.