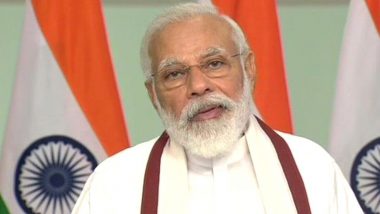 New Delhi, June 3: The government said on Thursday it had provided 2.7 million tonnes of free food grains to about 5.5 million people in May as part of a plan to provide relief to people in the second wave of the epidemic. This distribution was done through ration shops. In addition, 1.3 lakh metric tonnes of wheat and rice were provided to 26 million beneficiaries in June under the Prime Minister’s Poor Welfare Anna Scheme (PMGKA). Food Secretary Sudhanshu Pandey said this while talking to a media. Giving information about the implementation of PMGKA scheme, he said that the states and Union Territories have so far received from the Food Corporation of India (FCI) and3.67 lakh tonnes (about 60 per cent of the total allocation under the scheme for May and June). ) Depot. Have taken more food.

Read more – Country News | The central government should take responsibility for vaccination, the current situation ‘state vs. center’: Jagan said in a letter to the chief minister