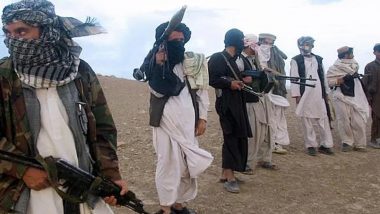 Pakistan has also said that there is no scope for drone strikes from Pakistani territory.

America is withdrawing its remaining 2500-33500 troops from Afghanistan. There is speculation that America wants a location in the vicinity where they can attack terrorist bases. Then came the Taliban. Efforts are also being made to start stalled peace talks between the government and the Taliban in Turkey.

In Qatar, Pakistan and Arab countries are pressuring the Taliban to join Turkey’s talks. The Taliban refused to take part in UN-sponsored talks in Turkey last month. Meanwhile, on Tuesday, Pakistan’s Foreign Minister Shah Mehmood Qureshi told the Pakistani Senate that his country would not allow the United States to establish bases on its soil. “Forget the past, but I want to tell Pakistanis that as long as Prime Minister Imran Khan is in power, he will not allow US bases,” he said.

In a statement, the Taliban warned against allowing neighboring countries to become US military bases. The statement said, “God forbid, such a step should be taken, it would be a big historical mistake.”

The statement said, “We have repeatedly assured others that our land will not be used against anyone’s protection. We urge others not to use their country’s land and airspace.”