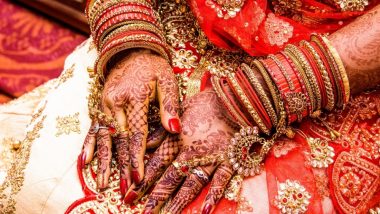 Itঃ It (Uttar Pradesh)That’s it) A tragic incident has come to light from the district, where two grooms arrived at the mandapa after marrying the bride. The bride wore a garland and left with the other. The incident took place at Siron village in Kotwali Dehat police station area of ​​Etah district. Uttar Pradesh: Unable to bear the shock of hearing the news of his girlfriend’s marriage to another man, the young man hanged himself

Unrest ensued as the first groom and his family left the second groom after the marriage. Seeing the matter gaining momentum, the police had to intervene.

Police officers are now questioning the girl’s father and uncle in custody. Police have also arrested relatives of another groom and are investigating the matter. Senior police officials declined to comment, saying it was still under investigation.