Union Health Minister Dr. Harsh Vardhan has said that 400-500 million doses will reach 25-30 crore people of the country by the months of June-July and August next year. 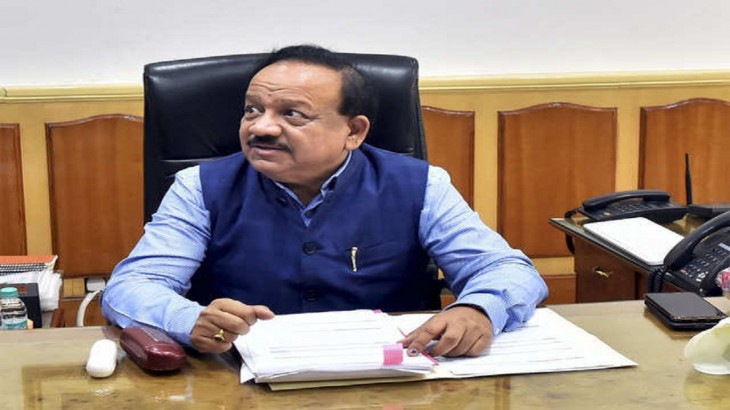 Union Health Minister Dr. Harsh Vardhan has said that 400-500 million doses will reach 25-30 crore people of the country by the months of June-July and August next year. The Health Minister said that preparations for this are going on fast and expert groups have also been formed. An intelligence platform named Kovid has been developed.

In a special conversation with News Nation, Union Health Minister Dr. Harsh Vardhan has said that the list has been called from the state government for who should get the Kovid vaccine first. For example, health works have to be vaccinated first. Front line works have to be started first. People older than 65 years have to be engaged. After that the vaccine will be given to the younger people.

On the deteriorating condition of the capital Delhi, the Health Minister said that we had warned that due to the festive season, cold, pollution, the number of Kovid cases in Delhi will increase. The Government of India has had to interfere due to the deteriorating situation. From increasing the ICU beds on behalf of the Government of India, doubling the testing capacity, mobile testing vans, induction of central government experts in the team set up for inspection inside hospitals, bringing medical staff from outside to Delhi, ICMR, AIIMS, NITI Aayog All this help is being provided by the experts of

Delhi government does not want to put any label of negligence but it is so clear that in Delhi or any other state where we need help of financial / medical equipment, we made it available. Initially, the number of tests in Delhi was 5-6 thousand. Health Minister said that there is no lack of effort from the scientists. Some vaccines have reached the clinical trial of third phase here. The vaccine is likely to be available in the early months of next year through the advance stage.

The Health Minister said that the mask is the biggest weapon to protect against corona. Wear the mask properly. Do not eat at home or outside together. Used to wash hands again and again. We are doing one million -15 lakh tests daily. So, I got a test done as soon as I got a little trouble

Madhuri Dixit was giving heart to this Indian player

Is your skin too sensitive? Take special care of these...

Do you know, walking barefoot is beneficial for you